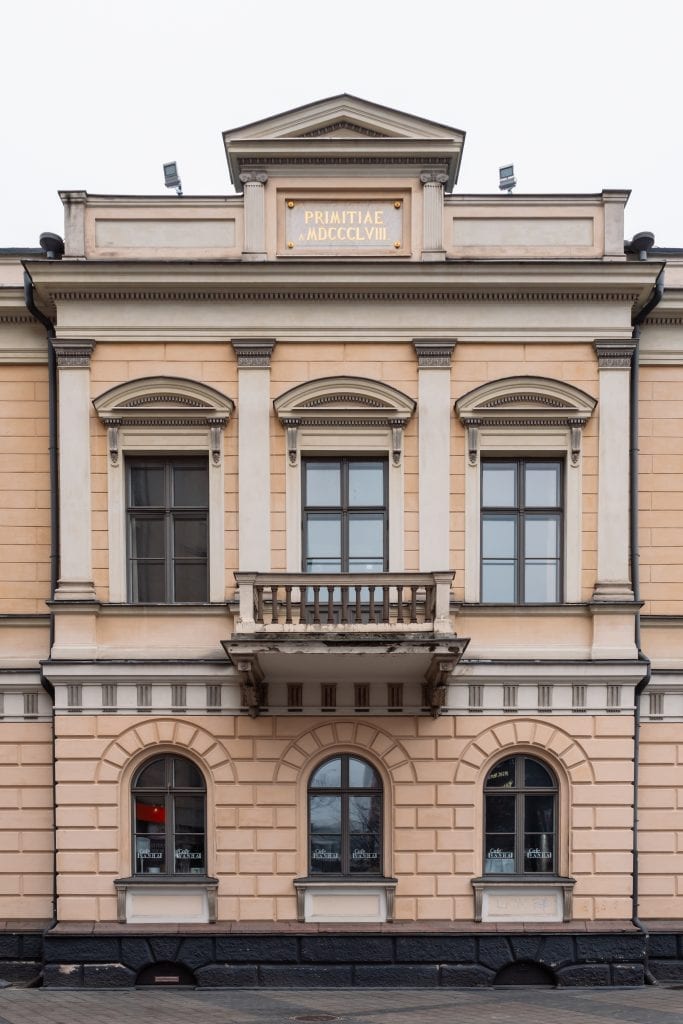 One of the best known landmarks in Helsinki

The history of the Old Student House is full of change and motion, but its location in the heart of the city remains constant. The building, designed by Axel Hampus Dalström, was constructed in 1870. It is famous for hosting several cultural treasures, including Akseli Gallen-Kallela’s Kullervo Rides to War mural. These days the Old Student House is one of Helsinki’s best known landmarks.

The story of the Student House began with the decision to move university students, known for their parties, to the outskirts of the city away from the townsfolk. In 1938 the future of the building was threatened by the construction plans for Kaivotalo, which would have had “the Old” (“Vanha”) demolished. On the other hand a great fire nearly destroyed the entire building in 1978.

In the course of time, the centre of Helsinki has moved rather precisely to where the Old Student House is located. For over 140 years the Student House has been the meeting place of both students and residents, a culture centre, as well as the base to a political student movement. Renovated in 1979 after the fire, the restaurant and ball room have become popular places for hosting events. In conclusion, the Old is still living in its usual way: full of energy.

The history of Old Student House

The local council prepares Axel Hampus Dahlström’s drafts for the magistrate to review. The drafts are forwarded to St Petersburg for Alexander II to approve. The construction project begins.

The Student House is completed. After the opening ceremony, several artists and interior designers’ works are placed in the premises. The statues depicting Väinämöinen and Ilmarinen from the national epic Kalevala are placed outside the entrance in 1888.

Demolishing the Old Student House is proposed in the Kaivotalo construction plan. In the wake of the Second World War the plans are cancelled, and the Old remains.

An opposition group demanding student democracy takes over the Old only a moment before the 100th anniversary of the Student Union of the University of Helsinki. The uprising is peaceful and proceeds in an elevated mood.

The Old takes heavy damage in a great fire. A part of the large ball room’s ceiling comes crashing down. All the valuable artworks are rescued in time.

The reconstruction of the building is completed quickly by the end of the year. The designs for the renovation are made by Vilhelm Helander and Juha Leiviskä. 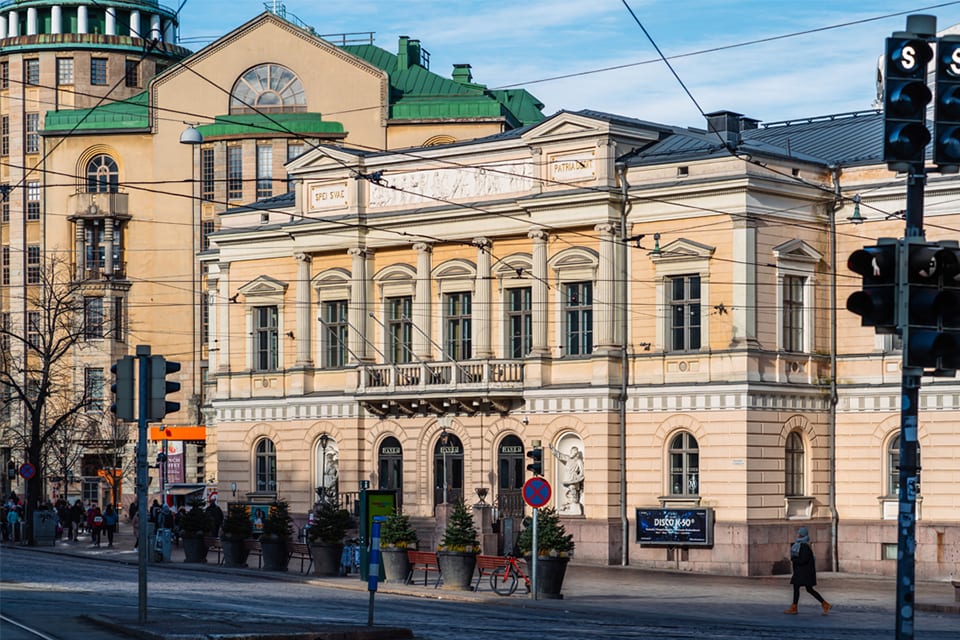 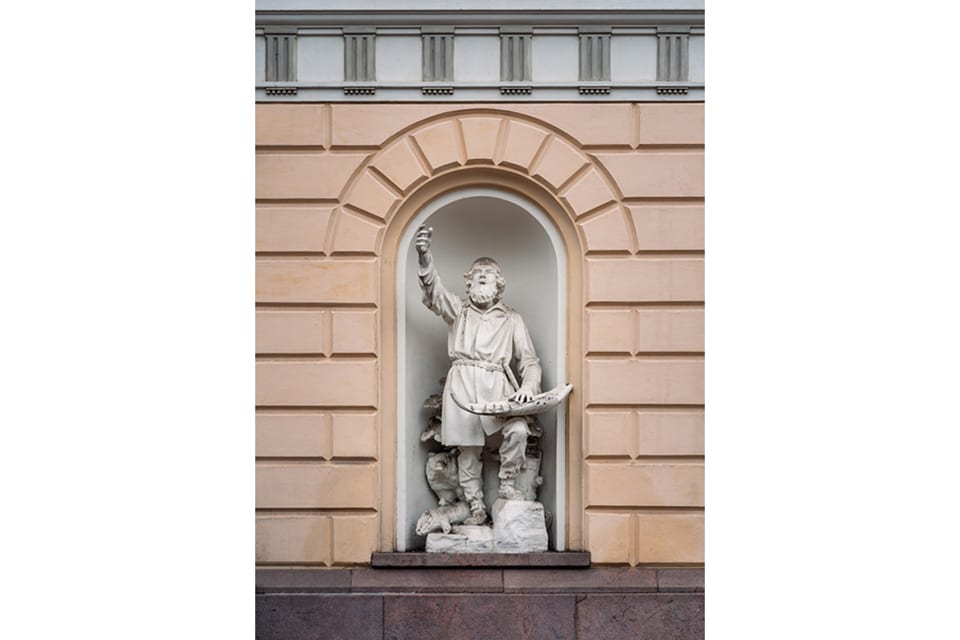 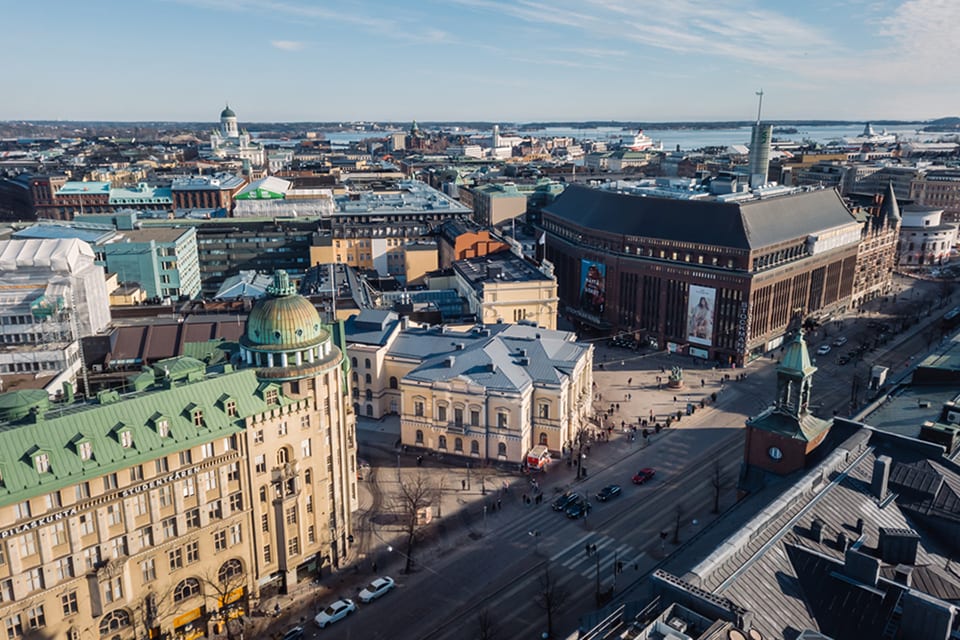